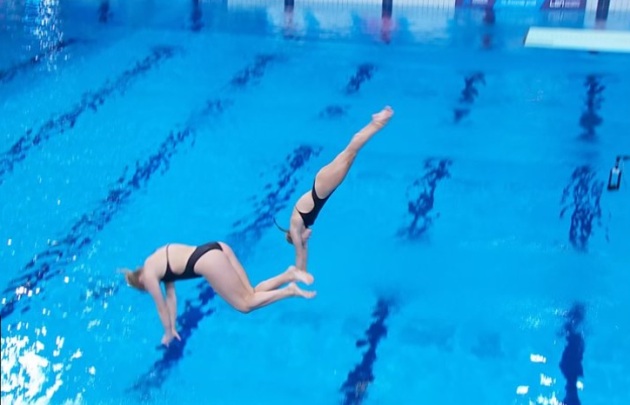 British diver Grace Reid was denied a second European Championship gold as she and Katherine Torrance fell from first to fourth on their final dive in the synchronised 3m springboard.

Reid and Torrance, 19, had topped the standings after four dives ahead of eventual gold medallists Italy.

However, a final-round score of 39.60 following an error from Torrance saw their medal chances disappear.

"Unfortunately it's one of those things," said Edinburgh-born Reid, 22.

"Diving is a sport that can do things like that to you. It was just not meant to be."

Lee was unable to add to his mixed synchronised 10m silver, despite occupying second place with two dives remaining.

Reid won a dramatic gold with her final dive in the individual event on Saturday and also took silver in the mixed contest with Ross Haslam.

The Brit, competing in the pool where she learned to dive, added: "I'm devastated for Kat and just want her to be ok.

"She's such a strong character and so young. She's got years ahead of her and I know she'll come back from this.

"In a sport like diving, the margins are so small and there was a lot of pressure today."