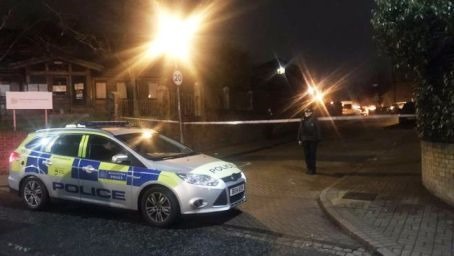 A teenage boy has suffered "potentially life-threatening" injuries after he was shot in south-east London.

The 15-year-old victim managed to walk away from the scene in West Norwood but was taken to a south London hospital for treatment, Scotland Yard said.

Police were called to Unity Close at about 22:15 GMT on Tuesday. The Metropolitan Police described the shooting as "a reckless act".

No-one has been arrested in connection with the attack.

BBC Radio London was told by witnesses they had heard three gunshots before police arrived.

He said the boy's aunt, who was at the hospital last night, had told him she was "hopeful he will pull through".

Police said the boy had managed to stumble some distance before he was found suffering gunshot injuries and given first aid.

He was taken to hospital once paramedics arrived at the scene.

The shooting is being investigated by the Met's Trident unit, which looks into gang and gun crime, along with officers based in Lambeth borough.

We continue to work at the scene of the shooting in Unity Close, SE19. The hospital's initial assessment of 15yo victim is that his condition is potentially life-threatening. We await a further update. Anyone with info about this reckless act, pls call 101, ref CAD 7799/jan22