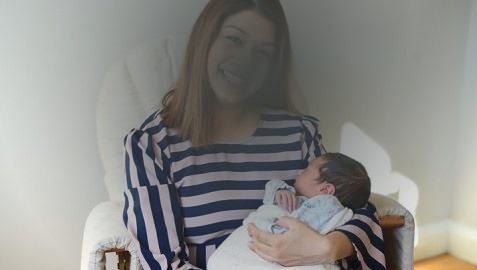 MPs have unanimously voted to implement a year-long trial of proxy voting for MPs on parental leave.

Under the plans, they would be able to nominate another MP to vote on their behalf if they had recently become a parent or were about to give birth.

The trial is expected to be in place in time for Tuesday evening's votes on amendments to Theresa May's proposals.

An amendment to the trial of proxy voting from Tory MP Philip Davies also won approval unopposed, and will allow MPs who have suffered a miscarriage to use the system.

Earlier this month, Liberal Democrat Jo Swinson asked an urgent question in the House of Commons about the progress of enabling proxy voting, after an article in the Times accused Tory chief whip Julian Smith of blocking the change.

She previously accused the Tories of breaking a "pairing" agreement with her when she had been on maternity leave.

The pairing system should have seen one MP not voting to cancel out Ms Swinson's absence but the MP she was paired with, Tory chairman Brandon Lewis, still voted. He has since apologised for an "honest mistake" by whips.

The issue was raised again when Ms Siddiq chose to delay her Caesarean by two days and was pushed through the voting lobby in a wheelchair as proxy voting was not available. The Labour MP said she did not trust the pairing system after Ms Swinson's experience.

Ms Siddiq remains on maternity leave after giving birth to son Raphael and is set to be the first person to benefit from the trial.

Last week, Ms Swinson welcomed the plan for the trial but said it "gives a whole new meaning to being overdue".

How Do MPs Vote?

When a vote is held in the House of Commons, the speaker asks MPs to call out whether they are for or against the bill. If there is not a clear winner, he calls a vote, known as a division.

MPs then go into one of the two rooms at the end of the Commons chamber - the division lobbies - and have to walk through to cast their vote.

Pairing: If members cannot get to Parliament to vote, they can enter an informal agreement known as "pairing". This means an MP from the opposing side of the absent politician agrees not to vote so the numbers are cancelled out.

Nodding through: Another method is known as "nodding through". This means someone's vote can be counted even if they cannot pass through one of the lobbies - as long as they are somewhere on the parliamentary estate. It is traditionally used for people who are too unwell to walk - in the past MPs have voted by being in the back of an ambulance which was driven in and out of the gates.

But it has been used on a small number of occasions in recent years for people with childcare commitments as a result of Lib Dem Jenny Willott negotiating the right in 2011 after the birth of her son Toby.

Proxy voting: This will allow MPs who are heavily pregnant or are on parental leave to nominate another MP to cast their votes. Recommendations from the procedure committee say that the name of the MP nominated to act as the proxy should be published and any changes to the arrangement would require a notice period.
Posted by SEO Services in London | 13:13 | Labels: Lifestyle, London News, London Services | No comments