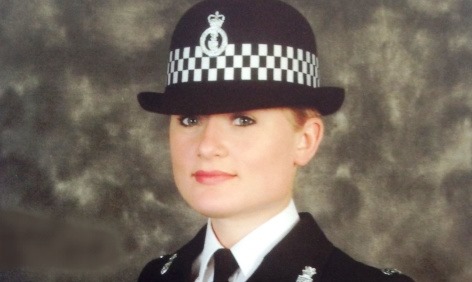 Police officers in England have been "stressed" by long-term suspensions as misconduct inquiries costing forces at least £13m are carried out.

An officer from Devon and Cornwall said she attempted to take her own life while suspended for 1,231 days.

The Home Office guidelines state suspensions "should be as short as possible" and any investigation "should be made a priority".

A Home Office spokesman said it was reforming the complaints process.

The majority of suspected police misconduct cases are dealt with by individual forces with the most serious overseen by the Independent Office for Police Conduct (IOPC).

A further 20 forces did not respond to Freedom of Information requests asking how many officers were suspended between April 2013 and March 2018 and how much they were paid in that period.

It took seven years for an investigation to be concluded into an officer who was cleared of assault during the London riots.

Phill Matthews, conduct lead at the Police Federation, said: "They're sat at home on full pay and they're taken off the streets and out of the force in effect for however long that investigation, that suspension lasts."

"I think a lot of it is staffing from the [Independent Office for Police Conduct] side, I think some of it is a lack of knowledge, lack of training, a lack of understanding of police policies, police training and criminal law."

Rachel Short joined Devon and Cornwall Police in 2004, rising to the rank of acting detective sergeant.

"I really genuinely believed in the job and upheld all the values which come with being a police officer," she said.

In 2015, she was accused of misconduct and suspended on suspicion of having an inappropriate relationship with a man suspected of supplying drugs, something she denied.
It took three-and-a-half years for the misconduct proceedings to be concluded.

"[It was] absolutely horrendous. It's affected not only me but my immediate family.

"I found myself getting very depressed and, throughout the whole proceedings... my depression has become worse and it resulted in me making a suicide attempt. It's been really, really difficult."

Her misconduct hearing, led by an independent chairperson, found she had breached Devon and Cornwall Police's standards of professional behaviour.

The force said misconduct cases had to be thoroughly investigated and welfare support was provided to suspended officers.

It said the progress of the case was delayed by a number of issues outside of its control.

Solicitor Lawrence Barker said "Even in relatively complex criminal cases you might expect to see the matter reach trial within 12 months.

"In a not especially complicated complaint case involving the police, that might take four to seven years".

Joe Harrington was a PC in the Metropolitan Police when he was accused of assault and failing to challenge racist comments made by another officer during the London riots in 2011.

He was placed on restricted duties - which meant he could not go on patrol - while a criminal investigation was carried out.

It went to trial in 2013 and he was acquitted but the police watchdog swiftly reopened the case and PC Harrington was under investigation again.

PC Harrington remained on restricted duties until a misconduct panel was held June 2018, seven years after the original incident.

His case was dismissed - with the misconduct panel finding the delays were unreasonably long and unjustified - and he remains a police officer.

PC Harrington said he was "diagnosed with post-traumatic stress disorder in relation to all of this".

He said: "What I did was not exceptional. What happened to me could very easily, and I'm sure it is, happening to someone else. So I do very much have reservations about the misconduct system."

A spokesperson for the IOPC said: "The background to this case details a sorry tale of complexity, bureaucracy, various legal challenges and delay and we regret any distress or anxiety caused by unnecessary delay on our part."

The Freedom of Information request revealed some of the longest individual suspensions handed out by the UK's police forces.

A Home Office spokesperson said: "The Government takes policing integrity very seriously and has introduced a programme of measures to reform the handling of complaints and disciplinary procedures involving police officers and improve standards of behaviour.

"The latest phase of reforms, due for implementation this year, will improve how misconduct hearings are prepared and conducted to ensure a more effective, timely and fairer hearing process."

You can see more on this story on BBC Inside Out in the South West at 19:30 GMT on BBC One on Monday 28 January and for 30 days afterwards on the BBC iPlayer.
Posted by SEO Services in London | 02:03 | Labels: London News, London Services, Police | No comments