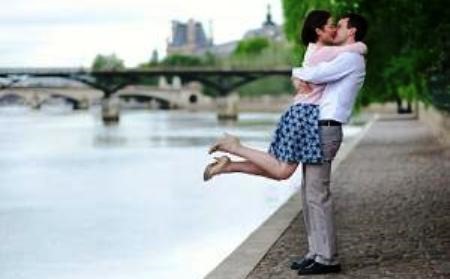 Croydon has steamed to the top of a list of London hotspots where locals are looking for love says a new survey.

The south London borough tops the list, with swanky Notting Hill pushed down to number eight in the rankings. Whether that's a reflection of the flight from central areas by young Londoners who can only afford to live further out in the capital is not clear. But with Ilford coming in second and Mitcham third this may be an early signal that cool London is moving to the outer suburbs, pushed out by high property prices and rents in the inner city.

Peckham, once seen as south London's trendiest area for cash-strapped hipsters only comes in eighth in the list. In contrast Barking and Dagenham is fourth.

"Amongst the hustle and bustle of city life many lonely singles are searching for love. It appears that single Londoners have made resolutions to find love this Spring" says Andy Hammonds of SinglesNear.Me, the firm that commissioned the survey. The site is focused on connecting people locally.

Top 10 London hotspots to find a date are:

Survey (and photo above) by SinglesNear.Me
Posted by SEO Services in London | 00:58 | Labels: Lifestyle, London News | No comments