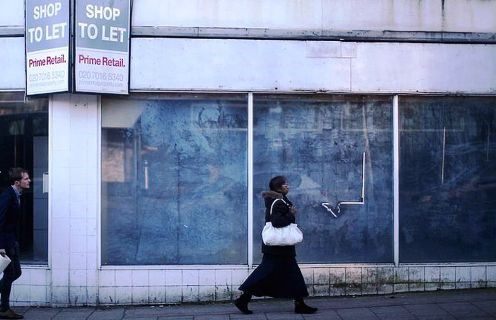 City centres are in danger of becoming ghost towns as shopping habits change, a committee of MPs has warned.

To combat this, the government should "level the playing field" for High Street retailers by raising taxes on online giants such as Amazon, it said.

The MPs also called for lower business rates and more regeneration in town centres.
The government said it was investing to ensure High Streets "adapt and thrive for generations".

A fifth of UK retail sales now occur online with that proportion likely to grow, the Housing, Communities and Local Government Committee said.

But it said the impact on high streets had been "stark", resulting in "store closures, persistently empty shops and declining footfall".

"Some formerly thriving shopping areas are likely to become ghost towns and effectively close down altogether unless the government, councils, retailers, landlords and the local community act together," it said.

One problem, the committee said, was that High Street retailers paid much higher business rates than online retailers because of their greater reliance on physical premises.

To counter this, the MPs said the government should look again at bringing in an online sales tax - an idea the Treasury previously ruled out over concerns it would penalise consumers.

The committee urged it to consider "green taxes" on online deliveries and packaging, as well as higher VAT and a general sales tax.

The revenue raised would be put towards a reduction in business rates for High Street retailers and more funding for regeneration, it said.

And it said High Street retailers themselves needed to focus on "experience" and "convenience" to lure shoppers back - for example by extending their opening hours.

Amazon, which has massive sales in the UK, yet pays little tax, declined to comment on the MPs' proposals.

But it stressed it paid all of the taxes required of it in the UK and "every country where we operate".

"We know High Streets are the backbone of our economy and a crucial part of our local communities, and we want to see them thrive - both now and in the future.

"We're supporting small retailers too, slashing business rates by a third - building on more than £13bn of rates relief since 2016."
Posted by SEO Services in London | 02:22 | Labels: Local News, London News | No comments