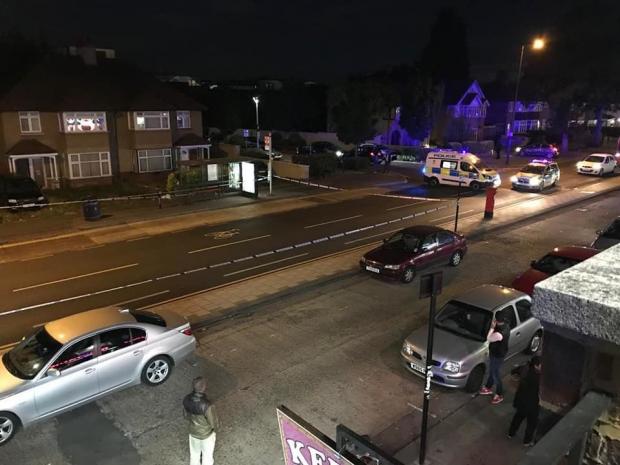 Police at the scene in Whitchurch Lane last night

A boy is being treated in hospital after being stabbed in Harrow last night.

Police were called to reports of a stabbing near Canons Park Underground Station around 7.45pm, where they found a 16-year-old injured in Whitchurch Lane.

He was taken to hospital and his injuries are not believed to be life-threatening.

A Metropolitan Police spokesperson said: “Police were called at approximately 19:45hrs on Sunday, 8 September to reports of a male stabbed close to Canons Park Underground Station.

“He was taken by the London Ambulance Service to a central London hospital for treatment. His injuries are not believed to be life-threatening.”

There have been no arrests and enquiries are continue.

Any young people who have information about violence or knife crime can visit www.fearless.org where they can pass on information anonymously.

Fearless is part of the Crimestoppers charity, and is also independent of the police.
Posted by SEO Services in London | 11:38 | Labels: Crime, Local News, London News | No comments