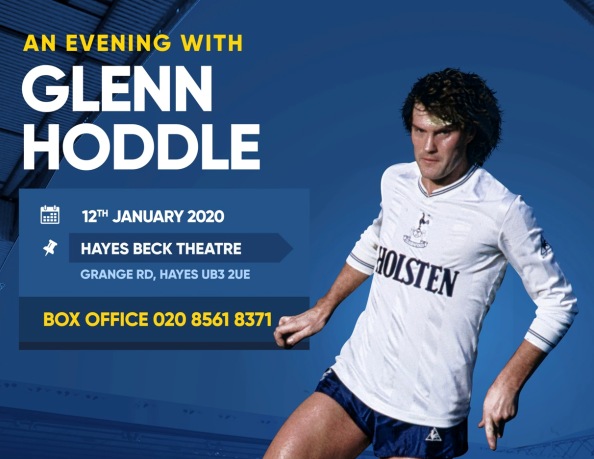 AN Evening With Glenn Hoddle, one of Tottenham’s greatest players, who was born in Hayes, is coming to the Beck Theatre.

Glenn came through the youth ranks at Spurs to make 490 appearances from 1975-1987, placing him fifth in the all-time appearance list. He also scored 110 goals in that time.

He later returned to the club as manager from 2001-03 and also managed England, Swindon, Chelsea, Southampton and Wolves.

The evening will be hosted by Jed Stone and will including a Q&A and Limited Meet and Greet before the show.