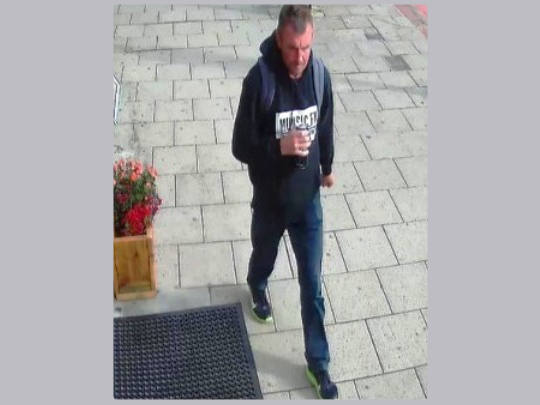 Police have released an image of a man they wish to speak to in relation to an arson attack that took place on Cheam Common Road on September 7.

The incident happened at a former hairdresser's at around 5pm in Worcester Park.

Emergency services attended the scene and began to evacuate neighbouring buildings and there were no reports of injuries.

The disused salon and an empty flat situated above were seriously damaged by the fire which is now being treated as suspicious.

Detectives reviewing CCTV images have spotted a unknown man who was seen walking into an alleyway near to the shop at around 4:30pm.

They are keen to both identify and speak with this man.

Police would like to speak to anyone who recognises the man in the image.

If you have any information contact the police on 101 and quote reference number: Cad 5323/07Sep
Posted by SEO Services in London | 09:21 | Labels: Crime, Local News, London News | No comments