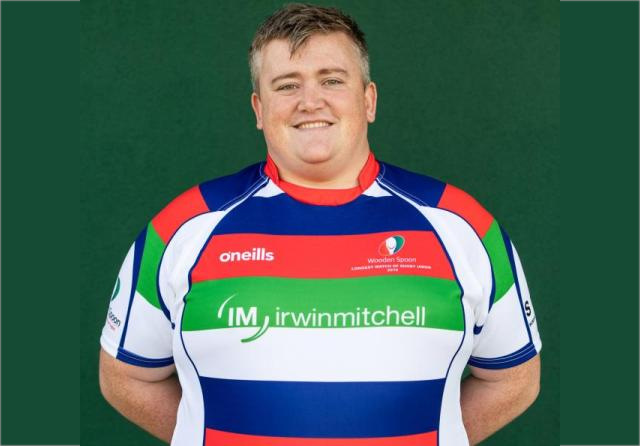 Russell Keegan discovered the opportunity to break a world record while raising money for a rugby charity, the Sutton-based rugby lover jumped at the chance to get involved.

The challenge was a gruelling one but having raised £100,000 for their life-changing work, Keegan said there was no better feeling than knowing he was giving back to rugby - the sport that helped change his life for the better.

“I was a troubled kid, but starting rugby was a pivotal point in my life,” said Keegan.

“I signed up because I thought the opportunity looked amazing and as soon as I was added to the group chat, the banter was so good I knew my predictions would be confirmed.

“It was the toughest experience I have ever had in my life, but it was fantastic knowing it was for a great cause.”

Financial advisor James Watson, 24, also from Sutton, took part in the challenge for Wooden Spoon and said he will remember the bonds he forged on the Hazelwood pitch forever.

“When you play against another team for 30 hours, you’re best friends by the end - it’s rather strange, but amazing,” said Watson.

“Rugby has played a huge part in making me the character I am, so it is really satisfying to know they are going to help others have the same experience.

“I am so incredibly proud to have taken part in the Wooden Spoon challenge. You can’t turn down an opportunity like that – my legs won’t be able to cope with it in five years’ time! “

Wooden Spoon, which uses the power of rugby to transform the lives of disabled and disadvantaged children, aimed to break the record set by School of Hard Knocks in 2017.

Earlier this year, Wooden Spoon set a world record for playing the highest ever game of rugby union at Mount Everest.

The charity, who has more than 400 committed volunteers, funds a range of projects including sensory rooms and gardens, playgrounds and outdoor activities, education projects, specialist equipment and facilities and health and wellbeing programmes.

Former England star Andy Gomarsall played in the 30-hour long match for School of Hard Knocks and, after years of devotion to the game, said the experience is one he will always cherish.

“It means everything to me to give back to the sport I’ve always loved,” said the 2007 World Cup finalist.

“My wife said I was crazy for doing this, but I find it very difficult to not stay involved in rugby. I got so much from rugby in my career, it’s made me who I am today, so I think it’s vital I give back.

“Wooden Spoon does a fantastic job in helping those who are less fortunate than us, both children and adults. It’s amazing to see the sensory rooms and climbing frames that have been built at schools and clubs thanks to the charity’s fundraising.

“Rugby is just one of the best sports - it’s for everyone, of all shapes and sizes. It is a sport with great core values and teaching those to those who are less privileged helps them to thrive in their school and personal lives.

“Being on the Wooden Spoon programme and dedicating themselves to it will help many children, young people and adults find happiness and get on the road to success.”

To get involved with Wooden Spoon and its life changing work ahead of the Rugby World Cup – visit woodenspoon.org.uk
Posted by SEO Services in London | 12:17 | Labels: Local News, London News, Sports News | No comments