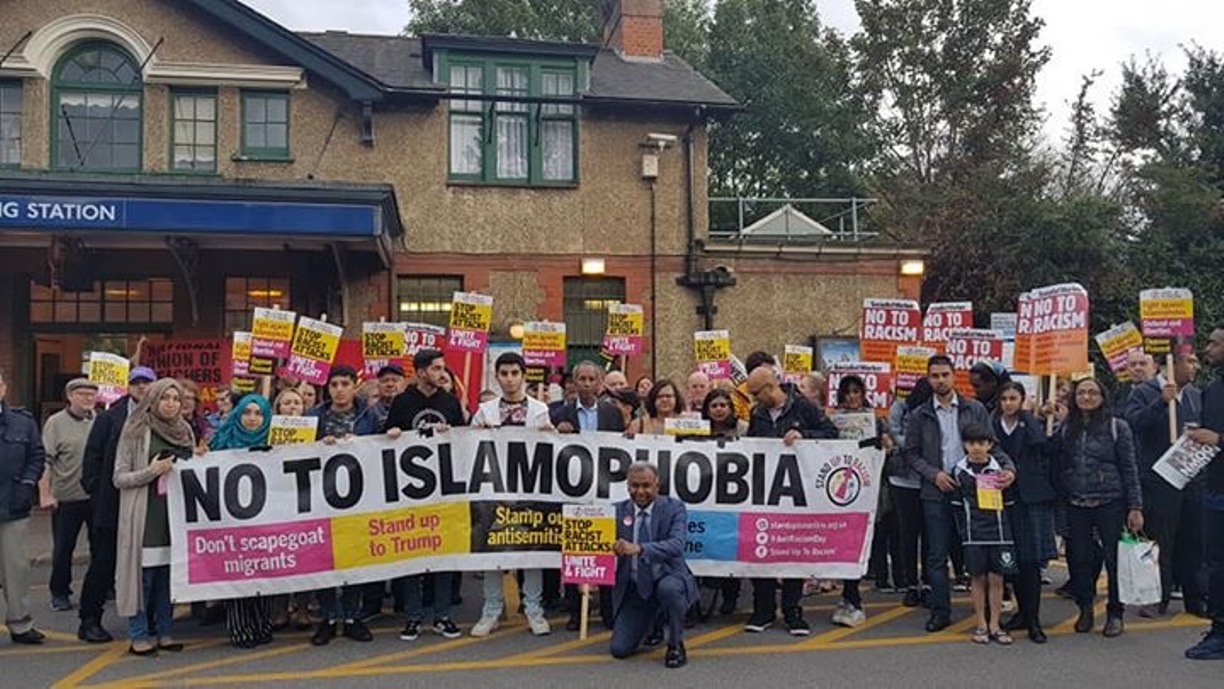 MORE than 150 people attended a vigil organised by West London Stand Up To Racism outside North Ealing Tube station on Friday evening to protest against a racist attack there on Friday, August 23.

In that attack, two Muslim women, a mother in her 60s and her daughter in her 30s, were racially abused and then attacked by a white woman in front of the daughter’s two children.

The mother was left with broken ribs and the daughter with bruises and internal bleeding. The children were frightened and traumatised. Police are still hunting for the culprit.

People from all parts of the community, who had come to stand together, were addressed by the Rupa Huq MP, local C of E vicar Simon, the imam from Acton mosque and Meena Patel, of Southall Black Sisters), among others.

Balwinder Rana, organiser of the protest, said: “We are very happy so many people turned up to show the racists will not win. They would not be able to divide our communities or scare us from walking our streets.”
Posted by SEO Services in London | 12:38 | Labels: Local News, London News | No comments