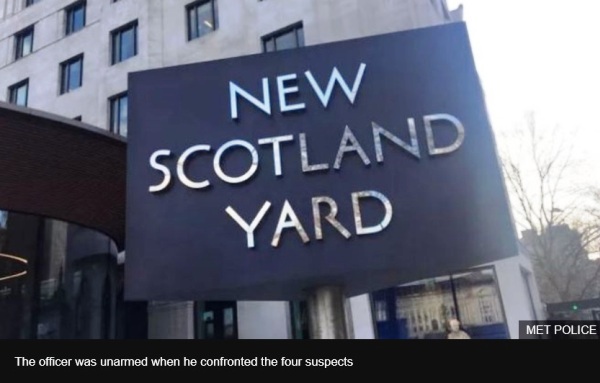 An off-duty police officer has been stabbed as he tried to stop a moped robbery in south London.

The City of London officer was hurt when he confronted four moped riders as they tried to steal another moped from a man on Maylons Road, Lewisham, at about 17:45 BST on Saturday.

The unarmed officer, 37, was stabbed in the leg with a kitchen knife when he challenged the suspects.

He continued to challenge them until they fled the scene.

The officer was taken to a south London hospital with non life-threatening injuries, the Metropolitan Police said.

The 21-year-old owner of the moped was also assaulted.

The Met is appealing for witnesses and information.
Posted by SEO Services in London | 04:10 | Labels: Local News, London News | No comments