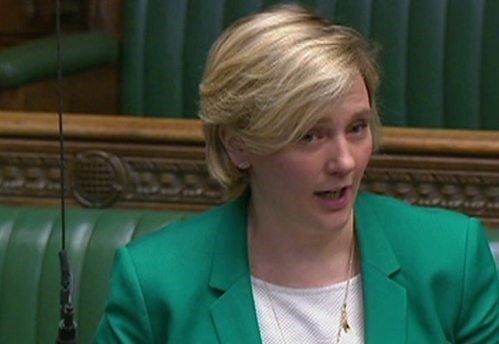 The home secretary has said there is "no single solution" to tackling knife crime, following two more young deaths.


Former police chief Lord Hogan-Howe had earlier called for a knife crime tsar to be appointed to "get a grip" on the rise in youth violence.


But Sajid Javid said he wished there was a simple answer to stopping the violence "but there are no shortcuts".


It comes after two 17-year-olds were killed in separate incidents in London and Greater Manchester at the weekend.


Tributes have been paid to Jodie Chesney, who was killed in an east London park as she played music with friends, and to Yousef Ghaleb Makkie, who was stabbed to death in the village of Hale Barns, near Altrincham.


Yousef's family said in a statement: "Yousef had only phoned home hours earlier to say that he would be home for his tea, but the next knock at the door were officers with the tragic news.


"It is every parent's worst nightmare."


And on Monday, five people were arrested after a gang armed with knives walked into a sixth-form college in Lancashire and threatened students, with one student receiving a minor injury.


In a Commons debate, Walthamstow's Labour MP Stella Creasy read out the names of 18 young people who have been killed in London in 2019, adding: "This is an emergency that requires an emergency response."


Lord Hogan-Howe, who led the Metropolitan Police force from 2011 to 2017, said a 93% rise in the number of under-16s stabbed over five years - revealed by Channel 4's Dispatches - was a "terrifying statistic" and "something has to change".


He said a tsar, rather than individual police forces, should be put in charge of how money is spent to tackle knife crime - especially when it comes to officer recruitment.


"I'd want to know, week after week, when are you recruiting them? When do they arrive? When do they get trained? And when do they hit the streets?" he told the BBC.


"If it's not treated as a crisis, it will take another two years before we see action."


Tsars are unelected independent advisers to the government who help to shape policy on a range of issues from drug misuse to how to reinvigorate the high street.


The home secretary, who will meet police chiefs this week to discuss the issue of knife crime, condemned the "senseless violence", saying: "Young people are being murdered across the country. It can't go on."


Prime Minister Theresa May said she recognised people's concern, but insisted there was "no direct correlation" between the rise in knife crime and a fall in police numbers.


He said: "The increased police presence has made a difference with officers conducting over 2,500 stop and searches in the last three days alone."


Two boys, both aged 17, have been arrested on suspicion of Yousef's murder and remain in police custody.


Officers say Jodie's attacker was a male in his late teens who stabbed her in the back without saying a word. There are no descriptions of a second suspect.


Jodie's family branded it a "totally random and unprovoked attack".


The Labour councillor for Heaton, Tele Lawal, who attended Jodie's sixth form college, told the BBC's Victoria Derbyshire programme: "She was a scout, loved by the community. To have a person like her taken away - is that not a wake-up call for our government?


"It shocks us all. For me as a councillor, what more can we be doing?"


Analysis: The problem with knife crime


Before you try to solve any problem, you need to know what's causing it. The Home Office says the spike in knife crime, and serious violence more generally, is largely being driven by disputes over drugs.


So, with the National Crime Agency, it's set up a co-ordination centre to focus efforts on disrupting supply and catching dealers.


But it's also clear many stabbings are not linked to drugs - they're part of a tit-for-tat cycle of street violence between gangs which breeds fear among young people and prompts them to carry weapons.


There's a consensus that fixing that requires a two-pronged approach. More visible and intrusive policing, such as stop-and-search, to suppress the problem, together with longer-term prevention work (known as the public health model) to identify and support those at risk of being drawn into violent gangs at an early stage.


Where there's disagreement is whether cuts to policing and other public services have played a role in the surge in violence.


For ministers, to acknowledge resources are a factor would mean admitting their policies contributed to the problem and providing funding to rectify it.


The killings at the weekend follow the deaths of three other teenagers in knife attacks in Birmingham in two weeks, prompting West Midlands Police and Crime Commissioner David Jamieson to brand the situation a "national emergency".


Hazrat Umar, 17, was killed in Bordesley Green on Monday; Abdullah Muhammad, 16, died in Small Heath the previous week, and seven days earlier Sidali Mohamed, 16, was stabbed outside a college in Highgate.


In October, the Home Office set out a range of actions to tackle violent crime, including a £200m youth endowment fund and a consultation on a new legal duty to treat serious violence as a public health issue.


It also revealed plans for a consultation to adopt a new "public health" approach to tackling serious violence.