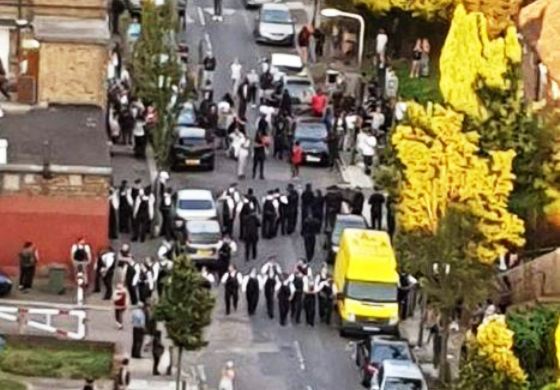 Police have now made eight arrests following a fight in Woolwich.

Officers based in Greenwich have also conducted a number of high visibility patrols in the area throughout the day, and are available to speak with local residents about any concerns they may have.

Detective Chief Inspector Angela Craggs, said: “Our officers go to work every day to protect the local community. Yesterday evening (August 28), they responded to reports of a fight involving people in possession of knives.

“When they got to the scene, they were confronted by a large number of youths who blocked the road and threw objects towards them. Four officers suffered minor injuries.

“While this behaviour does not reflect the wider community, the actions taken by a small minority will not be tolerated. Eight people have been arrested and I expect this number to rise. I would encourage anyone with information to come forward.

“We are continuing to work closely with our partners at Greenwich council to address how we can work together to reassure the public. I would ask anyone who is worried about these events to speak with local officers.”

Police were called at around 6pm on August 28, to a report of a fight on Lamport Close and to people in possession of knives.

Officers attended and found a large group of youths who were hostile towards police.

Additional officers, including a dog unit, were called and a cordon was put in place to assist in controlling the situation.

At the time, officers arrested six people, aged between 18 and 24 years old, on suspicion of affray and associated offences. They were all taken into custody.

Officers from the South East Command Unit have launched an investigation into the events of that evening and have subsequently arrested two other people.

Anyone with information is asked to contact police via 101 quoting reference Cad 6342/28Aug.
Alternatively, they can call Crimestoppers anonymously on 0800 555 111.
Posted by SEO Services in London | 09:54 | Labels: Local News, London News | No comments