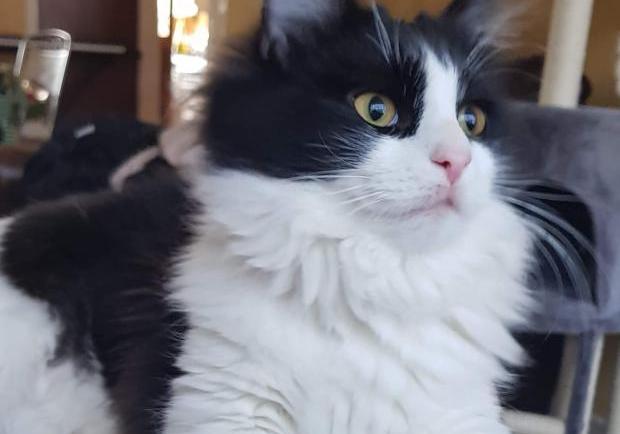 A Colliers Wood woman has praised a group of workers after being reunited with her beloved cat a month after she disappeared.

The date was August 4. Diana Jaleru was awoken to the sound of her one-year-old Basti going out for the day.

But Basti isn't like most other cats. Basti is deaf.

"She's already had a few adventures that can start rivalling Jane Fonda's life story in terms of twists and turns," Diana said

"She was found on the streets of Brussels when she was a kitten, she was abandoned possibly because she is deaf and brought to UK by our good friends."

For the past three months the happy-go-lucky feline has had her routine; Go out in the morning, visit the neighbour's cat and come back in the evening for food.

But on that August day, she did not return.

"We started looking for her with the bluetooth tracker with absolutely no luck," she added.

"The searches continued for the next four weeks, accompanied by putting up posters, leaflets through people's doors and posting on facebook groups and Nextdoor apps.

"The residents of Colliers Wood are some of the kindest people I've ever met, over the month we got so many calls and messages with photos of kitties that resembled Basti and so many people wrote on Facebook that they are looking out for her.

"It's a real blessing to live in an area with such amazing people."


But sadly none of them had the news she was hoping for.

That was until she got a call from a Thames Water Plant employee named Matt, or better known to Diana as her "knight in shining armour."

"Matt and his colleagues had heard some meows coming from one of the tanks and after some searching, found her trapped at the bottom of one of the empty water tanks," she said.

"They lowered some planks of wood for her to climb out on.

"She made it out safely and she was still wearing her medallion and bluetooth tracker, so they called me immediately.

"The joy that phone call brought is simply beyond words, it's been a horrible month of searching and doubting we will find our best friend again."

The crew gave Basti - who had by this point halved in weight - a nice bed in the sun and some milk to tide her over until Diana and her partner could come down to collect her.

"It's very hard to tell how long she was trapped in there without food or water, but I think she was found just in time," joyous Diana added.

"The vet has given her the all clear, outside the loss of weight, all is good. Now she is at home, so completely grounded, but enjoying cuddles and a steady diet.

"For anyone else out there with a missing fur baby, keep up hope, miracles do happen, because there are some miraculously kind people out there.

"To the team at Thames Water Plant, you are our heroes, thank you for your kindness."
Posted by SEO Services in London | 11:38 | Labels: Local News, London News | No comments