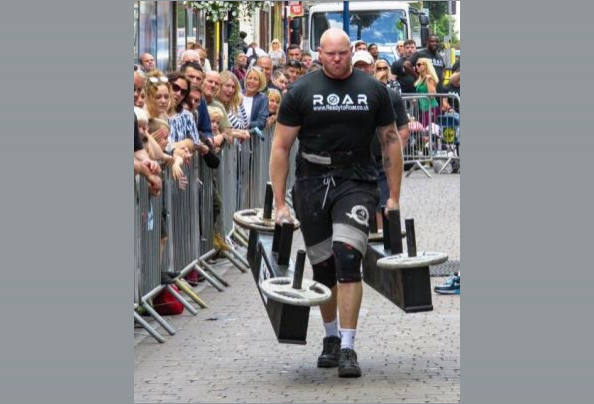 An Erith man has hauled his way to the top sport at a competition to find south east England's strongest man.

Firefighter, Scott Saward, was taking part in his first strongman contest and won the ‘novice’ category against 20 rivals at the Strongman Galaxy event in Gravesend earlier this month.

The 26-year-old is a former professional boxer and joined the Brigade as a trainee firefighter in November 2018.

At 6ft 8 and weighing 22 stone, Scott is known as Two Bob as he’s twice the weight of his ‘Gov, Watch Manager Bob Dunk.

Scott says there some parts of being a firefighter which come more easily to him, but it works both ways and if a member of the public has lost their door keys it'll be one of his colleagues who crawls in through a little window to get in or out.

He added: “I really love the variety. You never know what you’re going to do when the bell goes. I like the feeling of being part of a close team of colleagues on the watch.

“I hope to finish my development and become a competent firefighter while doing more Strongman events in my spare time.”
Posted by SEO Services in London | 09:21 | Labels: Local News, London News | No comments