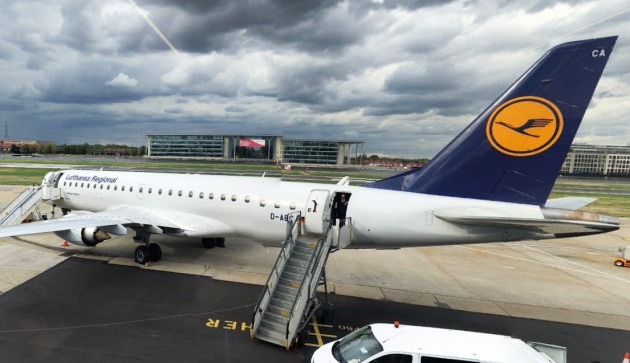 Lewisham Council was invited to respond to the draft master plan for 2020 - 2035, as the airport expects passenger demand to increase from 9.8 million per year to 11 million per year by 2035.

The east London airport opened in 1987 and is 20 minutes from Canary Wharf.

While the airport has pledged to maintain the existing eight-hour ban on night flights, the draft plans could see the end of the weekend noise break from Saturday 12.30pm until Sunday 12.30pm and bring in more early morning and late evening landings.

In a letter to Robert Sinclair, London City Airport chief executive, the cabinet members for environment and transport objected to the expansion.

“We believe that any further expansion of the airport will have a detrimental impact on Londoners through increased noise and air pollution, and of the warming of the planet by increasing the total number of plans and therefore carbon emissions,” they wrote.

“As you know Lewisham residents have been subjected to a significant increase in aircraft noise since the narrowing of flight paths in 2016.

“Thousands of previously dispersed flights now fly at low altitude in a very narrow corridor, concentrating the noise over a smaller population.”

The pair welcomed the airport’s plans to make itself carbon neural, but said air travel was far from being genuinely sustainable.

“While we welcome your commitment to making the airport itself carbon neutral and committing to sustainable travel to and from the airport, we believe that the technological innovations promised to make air travel genuinely sustainable are yet to be achieved.”

A report on the expansion’s carbon and green house gas emissions outlines its impact is not yet known, but it expects improvements in aircraft fuel efficiency and emissions will take place as greater numbers of aircraft such as the Airbus A220-100 are introduced to its fleet.

The Airbus A220-100 is made up of lighter materials, and burns less fuel than other planes.
The consultation ends October 18, with the master plan expected to be published by the end of this year.

To read the plans and find out more, visit https://www.londoncityairport.com/corporate/consultation.
Posted by SEO Services in London | 11:20 | Labels: Local News, London News | No comments