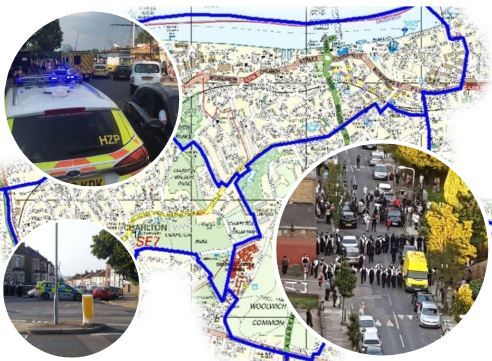 Schools should open seven days a week, throughout the year, and have designated police officers to help combat gangs and violence, according to the Children's Commissioner for England.

Gangs are increasingly operating openly in streets and parks, with vulnerable youngsters "easy pickings" for troublemakers, Anne Longfield warns in a new manifesto.

Opening schools in the evenings, weekends, and during holidays - and providing activities such as sport, arts and drama - would help deal with the issue and have a range of benefits for young people and their families, it says.

The "children's manifesto" also argues that security in schools and neighbourhoods should be a priority for any government and calls for police officers to be attached to every school.

Children today are "routinely frightened", Ms Longfield says in a foreword to the manifesto.

"They tell me about being chased in the streets, videoed by strangers, frightened to walk to school, avoiding being out after dark," she says.

"Many of the people and places that used to be available to kids in the past, the fabric of a child's society - from someone to greet you when you got home from school, to welcoming parks and clubs - no longer exist. We must fix this."

The paper calls on political parties to back six pledges, including action to keep children active, and safe on the streets.

In order to tackle childhood obesity, it says, increase youngsters' involvement in civic and social activities, and give them alternatives to using smartphones and tablets, safe spaces and activities need to be created.

"In more and more areas of the country, gangs operate openly in streets and parks, and groom increasingly younger children," the manifesto says.

"Those children with most time on their hands - those attending part-time school such as pupil referral units, for instance, or not getting on at home, disengaged and marginalised - are easy pickings for gangs and other trouble makers.

"But any child may find themselves at a loose end after school: the school day has not kept up with changes in family working patterns which see children returning home to empty houses.

"The Children's Commissioner believes all schools should stay open in evenings and weekends and throughout school holidays, to provide a range of activities from sports to arts, drama to digital citizenship; and this could even include high quality youth support.

"The benefits to such an approach would be wide-ranging: for children, their families and their communities.

"It would broaden access to subjects being 'squeezed' out of more academic curricula, it would help parents with childcare and be good for children's mental health and social skills."

The paper goes on to call for "neighbourhood police officers attached to every school".

"Parks should be made safer: with low fences so the children can see out (and adults can see in), more lights, more adults, and CCTV," it adds.

The manifesto also sets out pledges on areas such as better support for families, decent housing, quicker access to mental health services and a mental health service counsellor in every school, adequate funding for special educational needs and disabilities and a Cabinet committee for children.

"I want politicians to think seriously about whether they are truly prioritising these things. I've heard more political conversation about HS2, water nationalisation and tax cuts - and, of course, Brexit - than about children."

She said society should be "ashamed that there are literally millions of kids in England not having the childhood a decent society would want."

A million children need mental health support, more than 120,000 are homeless and living in temporary accommodation, over 50,000 are not getting any education and nearly 30,000 are in violent gangs, Ms Longfield warned.

Councillor Judith Blake, chairwoman of the Local Government Association's children and young people board, said: "The Spending Round delivered a £3.5 billion funding package for councils next year which will help them as they strive to support our most vulnerable young people.

"Funding pressures have forced many to cut or end early intervention services which can prevent problems, for example relating to children's mental health or involvement in crime, before they escalate. It therefore remains vital that services supporting young people, children and families are fully funded.

"We have worked hard to demonstrate the unprecedented demand councils face supporting children with special needs, so we are pleased the Government is listening and has provided £700 million for these services next year.

"We look forward to the review into SEND services and hope that this will lead to increased and sustained funding for this area."

A Department for Education spokeswoman said: "It is a measure of a strong society how we support the most vulnerable people in this country.

"We are making record investments in education and in children's services to help improve outcomes and support young people to overcome the challenges they face.