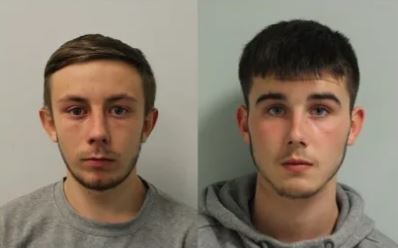 A man who ambushed and savagely attacked a 15 year old on Chessington street has been jailed at the Old Bailey.

Harry Rawlings,19 of Chessington Road, Epsom was sentenced on September 6 to 16 years’ imprisonment after being found guilty of attempted murder at an earlier trial.

His accomplice, Jay Reilly,17 of Queen Mary Close, Surbiton was found guilty of section 18 GBH at the same trial.

He was sentenced to 8 years’ imprisonment and can be identified after the Judge lifted reporting restrictions.

The court heard how the events unfolded during the early evening of June 20, 2018.

Rawlings was a pillion passenger on a moped being ridden by Reilly when they saw their victim, a male aged 15 at the time of the attack, cycling his bike in Hunters Road, Chessington.

The victim, realising he was being followed by the moped, attempted to ride off but became obstructed by traffic and parked vehicles. Rawlings jumped off the moped and immediately launched a ferocious attack on the male, stabbing the victim in the chest. Reilly manoeuvred the moped onto the pavement and waited for Rawlings to finish the attack before the pair fled the scene on the vehicle.

Passers-by rushed to help the victim and police and London Ambulance Service were called. As the victim slipped in and out of consciousness, he managed to name his two attackers.

The male was taken to hospital where only the intervention of emergency surgery saved his life.
Later that evening officers attended Rawlings address in Epsom; they observed Rawlings return home on a bicycle and arrested him.

The following day, Reilly attended Kingston Police station and was arrested for his part in the attack.
Both were subsequently charged and convicted at court.

“This was a callous and violent attack carried out in broad daylight in the middle of a busy street. Without the intervention of members of the public and expert medical professionals, this attack could have easily had a more tragic outcome.

“Rawlings, assisted by Reilly, set out that day armed with a knife and with an intent to inflict serious harm on the victim. He, and Reilly, have now been held accountable for their actions and they will now spend a significant period of time behind bars.”
Posted by SEO Services in London | 10:21 | Labels: Crime, Local News, London News | No comments