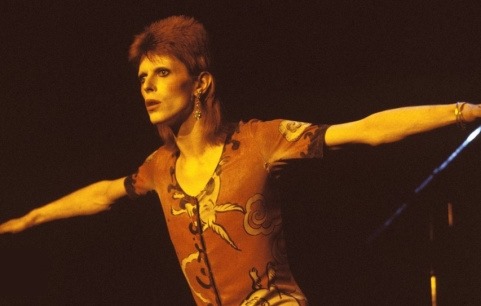 David Bowie's son has criticised a new film about his father's life, saying that none of the singer's music will feature in it.

Duncan Jones tweeted: "If you want to see a biopic without his [Bowie's] music or the family's blessing, that's up to the audience".

The film, called Stardust, is scheduled to start production in June with Gabriel Range as director.

Jonny Flynn is set to play young Bowie, with Jena Malone as his wife Angie.

The film is said to document a young Bowie's first visit to America in 1971, which gave him the inspiration to create his Ziggy Stardust character and 1972 album, The Rise and Fall of Ziggy Stardust and the Spiders From Mars.

But Jones, who is a Bafta-winning film director and producer, said his family has not been consulted on the film, nor does he know anything about how it will take shape.

I'm not saying this movie is not happening. I honestly wouldn't know.

I'm saying that as it stands, this movie won't have any of dads music in it, & I can't imagine that changing. If you want to see a biopic without his music or the families blessing, that's up to the audience. - Duncan Jones (@ManMadeMoon) January 31, 2019.

He later tweeted to say that if Neil Gaiman, the author of The Sandman and Stardust, wanted to write a biopic, then he would have his blessing.

Jones also included director Peter Ramsey in his tweet, who has been responsible for films like Rise of the Guardians and Spider-Man: Into the Spider-Verse.

He added: "And if Peter Ramsey and his team wanted to make it as an animated film, I would urge everyone on my end to pay attention and give the pitch serious consideration."