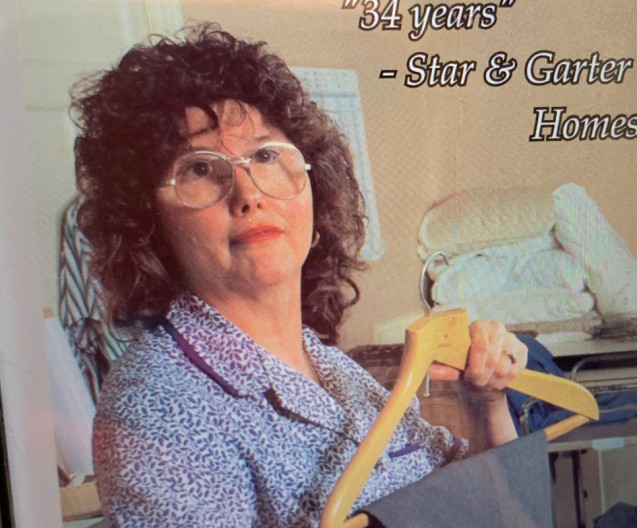 Tributes have been paid to a long-time Richmond resident, who worked at the Royal Star and Garter Home for 34 years, after she died last month.

Rosemary Joan Kenney was born on September 24, 1939, in Surrey and died of bowel cancer on August 16 this year at the age of 79.

Ms Kenney, known as‘Rose’ to her children and ‘Ro Ro’ to her grandchildren, had lived in Richmond for 46 years at the time of her death.

Claire Sines, Ms Kenney’s granddaughter, said: “My nan was unique and touched everybody’s hearts.
“She had the best sense of humour and her motto was ‘always look on the bright side of life’, and she lived by this.”

Ms Kenney was the heart of her family, devoting her life to her three children – Sue, Tess and Tony.
She was passionate about her job and would often say that the best part of the job was ‘seeing the residents every day.’

Every day after work, Ms Kenney enjoyed walking so she could look at her favourite view of Petersham Meadows.

During her time working at the Royal Star Garter – Ms Kenney was fortunate to receive an invitation to attend the Queen's garden party in Buckingham Palace.

But it wasn't her only royal moment, when in 1997 The Queen Mother visited the home and decided to visit the linen room where Ms Kenney worked.

Sue Sines, Ms Kenney’s daughter added: “Mum was such an inspiration to us.
“Mum suffered from bowel cancer for the past two years.

“She went to her General Practitioner (GP) – complaining of different bowel movements, so they took a sample which came back negative.
.
“I would like to highlight the fact that diverticulitis – a condition that attacks the colon, disguised the cancer.

“I really hope that in the future there could be another test which would separate the diverticulitis and cancer.

“My family would like thank the District Community Nurse Carmel and her wonderful team as well as the carers who attended to her three times a day.”

A private funeral service takes place at on September 5, at the Holy Trinity Church in Richmond.
Posted by SEO Services in London | 14:40 | Labels: Local News, London News | No comments